Hummingbirds – Jewels of the Bird World

Hummingbirds comprise one of the most interesting groups of birds found anywhere in the world. Their high-speed antics and bright colors make them a favorite in everyone’s garden. Native American Indians thought they were magic. They are certainly magical.

Over 20 species of hummingbirds have been recorded in the United States. Most are found in the Western United States. The Ruby-throated Hummingbird is the only species normally found in New York. 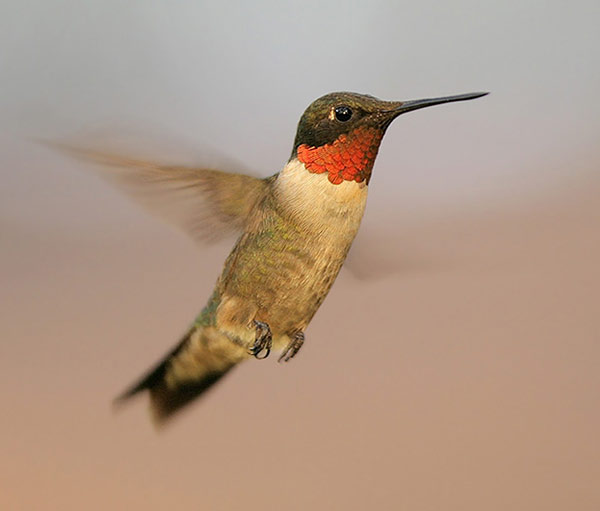 Male Ruby-throated Hummingbird. The female has a mainly white throat.

U.S. hummers range in size from about 3 1/4 inches (Calliope Hummingbird) up to 5 1/4 inches (Magnificent Hummingbird). Most species are migratory, although at least one, the Anna’s hummingbird, is a permanent resident and does not migrate or migrates only short distances. The Ruby-throated Hummingbird, on the other hand, migrates 600 miles across the Gulf of Mexico twice a year.

Flower nectar is the main source of energy for hummingbirds, supplemented with protein from small insects. A garden filled with nectar-rich flowers is the best way to attract hummers.   Hummingbirds can be very territorial and provide hours of interesting observations.

The best way to attract hummingbirds is to plant a hummingbird garden. Top plant choices are listed in the gardening section. Check with your local nursery for available plants.

Everyone enjoys pictures of beautiful birds.  We selected 200 images of 50 of America's most beautiful birds to share in our Beautiful Birds app.  Visit the Birdzilla.com web site for the details.