We are stepping out of the backyard with this featured bird - the magnificent Long-billed Curlew.  This large shorebird is cinnamon above and buff below.  It has a very long and distinctive bill which it uses to probe for food.  Shorebirds can be hard to identify but the Long-billed Curlew really stands out. 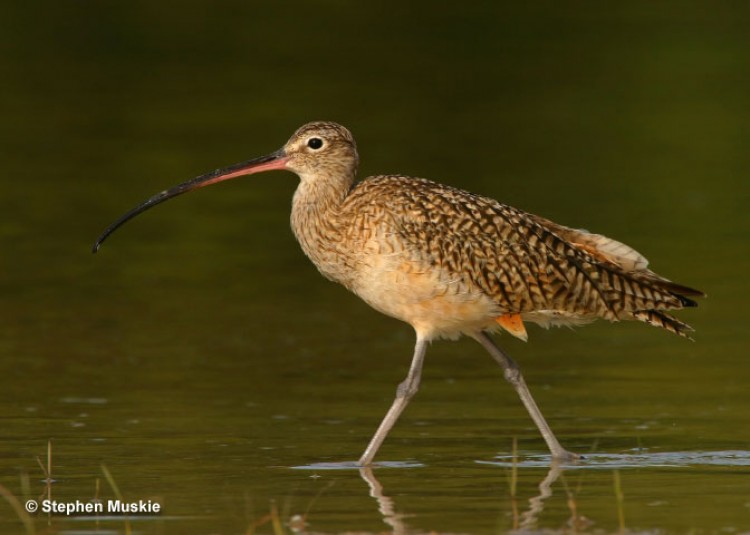 Like several shorebird species, it is often seen far from the shore.  Nesting occurs in wet and dry uplands in the western U.S.  In winter it migrates to the California and Texas coasts and into Mexico.

Long-billed Curlews are very sensitive to disturbance during the nesting season.  They defend nesting territories, but frequently forage outside of the territory.

We invite you to come back often.  The home page is updated every week.

Birds mentioned in Shakespeare's plays introduced into the U.S. with very bad results.

There are about 200 million European Starlings now in the United States.  They do millions of dollars of damage to crops each year and take over nest sites from bluebirds, woodpeckers and other species. They are great competitors but as with many introduced species, detrimental to commerce and native species.

Steven Marche explains in How Shakespeare Changed Everything how it all happened.

"On March 6, 1890, a New York pharmaceutical manufacturer name Eugene Schieffelin brought natural disaster into the U.S. without meaning to. Through the morning snow, which congealed at times to sleet, sixty starlings, imported at great expense from Europe, accompanied Schieffelin on the ride from his country house into Central Park—the noisy, dirty fulfillment of his plan to introduce every bird mentioned by Shakespeare into North America."

Schieffelin loved Shakespeare and he loved birds. The American Acclimatization Society, to which he belonged, had released other avian species found in Shakespeare—the nightingales and skylarks more commonly mentioned in his plays and poems—but none had survived. There was no reason to believe that starlings would fare any better. Schieffelin opened the cages and released the birds into the new world, without the smallest notion of what he was unleashing. 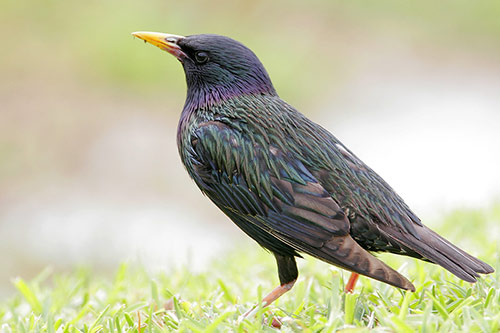 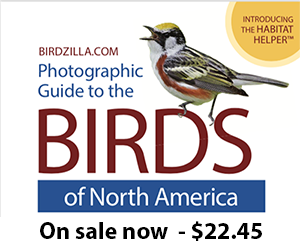 A bird’s eye takes up almost 50 percent of its head.  Human eyes take up about 5 percent of the head. To be comparable to a bird’s eyes, human eyes would have to be the size of baseballs.

Learn about the Eastern Meadowlark. 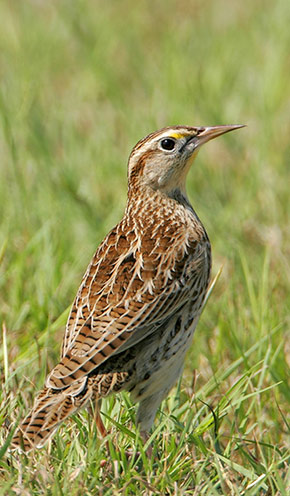 What can I do to protect a nest in a tree that's about to be cut down?

This question comes in quite frequently in developing areas.  Most city codes require permits on trees of a certain size.  Virtually all native bird nests are protected by law, but realistically, few real estate development projects are ever halted due to the presence of a cardinal or other bird nest.

Migratory birds and their nests are protected by the Migratory Bird Treaty Act, while threatened or endangered species, such as the Red-cockaded Woodpecker, are protected by the Endangered Species Act.  If you can see that a nest is active, try recommending that cutting be postponed. Otherwise, count on the power of nature to help the birds relocate.

Learning to identify the birds you see is a fun and rewarding experience.  If you are a novice at identifying birds we have several options for you. 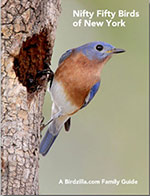 Nifty Fifty Guides:  Our Nifty Fifty Guide to the Birds of New York is available on-line and in print.   It contains 25 common backyard birds and 25 additional common birds found in New York.  Purchase the print version.

The online version is shown below. Click on a corner to turn the page.

Birdzilla.com has multiple resources for identifying a bird you have seen as well as information on improving your identification skills.   You can also send us an image on the NameThatBird.com web site and we will try to identify it for you.